YOUR TRUSTED SOURCE FOR ALL THINGS HEALTH, FITNESS AND NUTRITION

Can I Drink Diet Coke and Other Sugar-Free Drinks After a Workout? 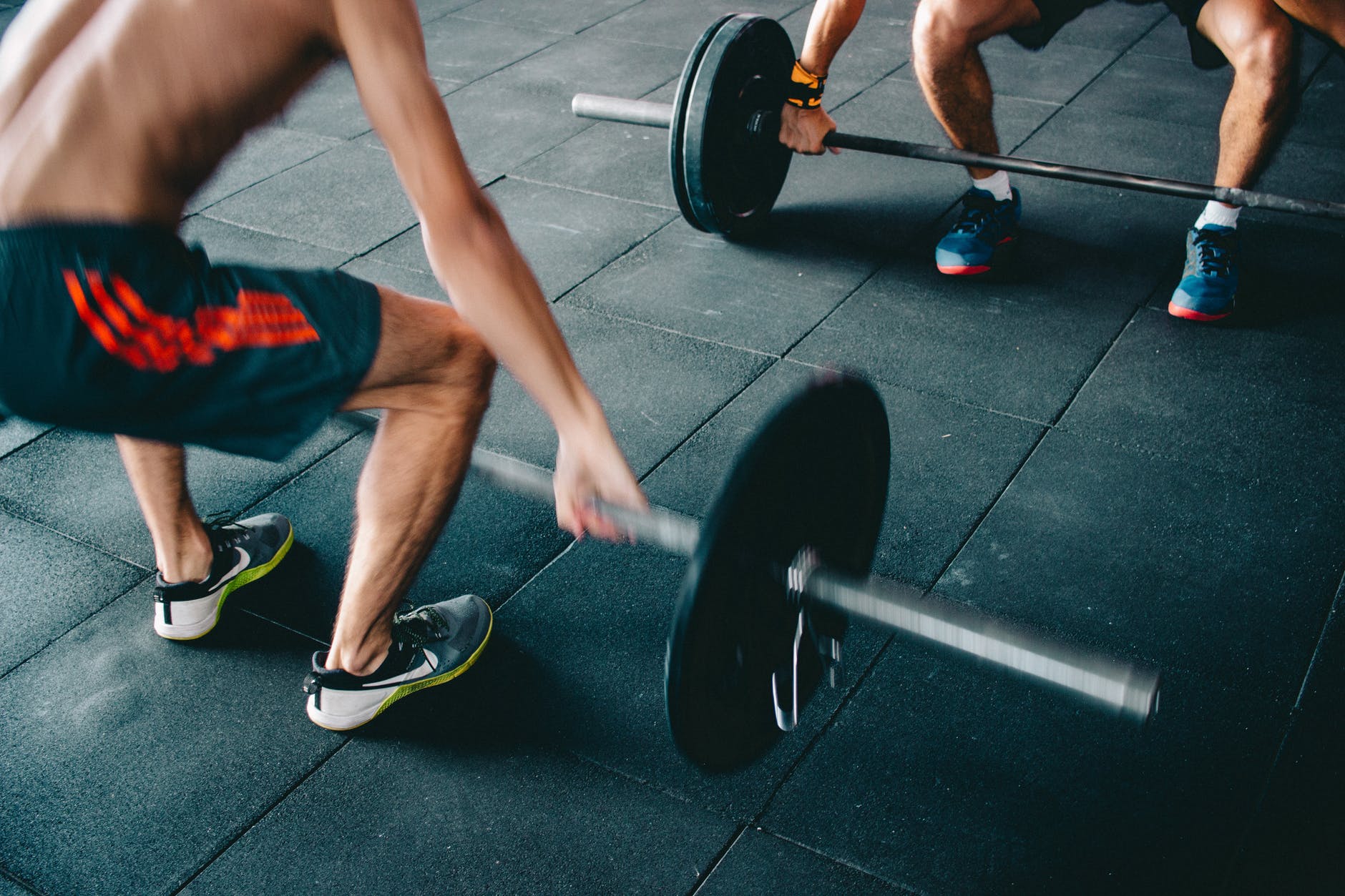 You’ve probably seen contrasting viewpoints regarding drinking diet coke and other sugar-free drinks after a workout.

Some people say diet sodas are a harmless treat that your hard work deserves. While others say that diet coke and other sugar-free drinks should be avoided at all costs, whether you’re working out or not.

But what does the science say?

A revealing study published in the American Journal of Physiology-Regulatory, Integrative and Comparative Physiology found that diet sodas can cause further dehydration post-workout and can even interfere with the functionality of your kidneys. More on this later.

While diet coke has no calories and has a decent level of caffeine, other studies also point to its potentially negative impacts on overall health, which certainly doesn’t improve the efficacy of workouts. We will look at some of these sources, too.

As such, we’re able to draw a conclusion that suggests that drinking diet sodas once in a while isn’t wholly bad for you, but you should perhaps avoid them in the immediate aftermath of your workout and focus on getting your hydration from other sources.

But first, let’s look at the importance of hydration during and after exercise before examining what the latest science tells us about the effects of drinking diet coke and other sugar-free drinks soon after working out. 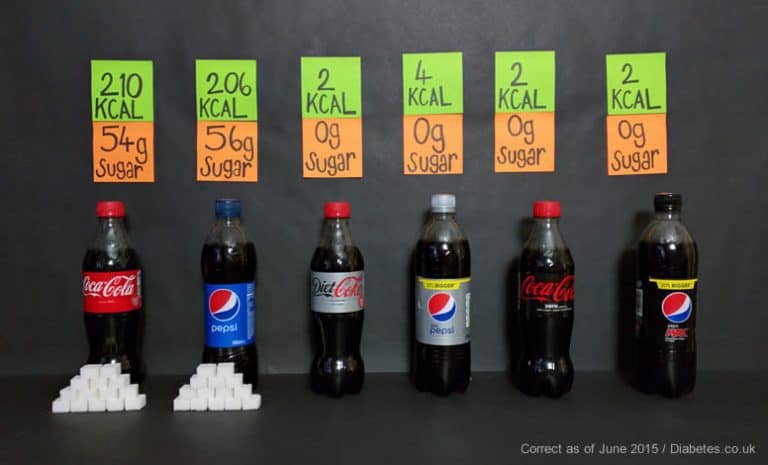 The importance of hydration while exercising

Before we look into diet coke and soft drinks specifically, we must first understand the importance of hydration during and after your workouts. As you’re almost certainly aware, keeping your body hydrated is vital to your overall health.

Fluids keep you hydrated and ensure your body can function. When you exercise, your body produces sweat in an attempt to help you return to its optimal temperature. The process of sweating removes both heat and fluid from your body, causing you to dehydrate.

Drinking plentiful water during and after exercising is vital, as it reduces heat stress, maintains normal body functioning, and reduces the likelihood of cramps, fatigue, and headaches.

Once you’ve completed your workout, you need to replenish the fluids that you lost. It’s recommended that you drink approximately one and half times the fluid that you lost when exercising, and water is by far and away the best fluid to take on.

But what about diet coke and other soft drinks?

What does the science tell us about drinking diet sodas after working out?

The study that we referenced in the introduction was conducted by researchers at the University of Buffalo in New York. They were concerned with finding out the impact of soft drinks on kidney health, specifically when they were consumed during and following exercise.

Their conclusion is telling:

Although their research was conducted with a relatively small sample size, it’s in keeping with other literature that advises against rehydrating with diet coke and other sugar-free soft drinks.

You don’t have to search deep into the Internet to find articles that warn against the myriad negative impacts that diet coke and other non-sugary soft drinks can have on your health. These include, but are certainly not limited to:

• Few, if any, proven health benefits.

• Poor diet choices that are influenced by the cravings onset by diet sodas.

While studies into the long-term health effects of diet sodas are nascent, there’s enough out there to suggest that you should avoid drinking them in large quantities.

In the immediate aftermath of your workout, it’s so important that you replenish your body’s fluids, so your muscles can recover, and your body can function as expected.

To hydrate your body after your workout, therefore, avoid diet sodas altogether and take on water instead.

What about other soft drinks post-workout?

While water is widely regarded as the best fluid to take on after your workout, there are certain other drinks that can boost your energy after exercise and are undoubtedly a better choice than diet soda.

If you’re bored of water, you could try rehydrating with some of the following drinks post-workout:

Each of the above can support your rehydration following a workout, but their efficacy will vary from person to person, and they also depend upon the type of workout that you’ve performed.

As a general rule, you should try and avoid drinks that are high in caffeine [also known as diuretics] immediately after your workout, as they can negatively impact your rehydration. If you’re unsure about the benefits of a certain drink, consult a PT before taking it after exercise. You don’t want to jeopardize your hard work by rehydrating poorly.

Why water is the best post-workout drink

Water is your body’s chief component, accounting for 60 percent of your body weight. It contributes to the functioning of every orifice of your body, including your brain, muscles, and fibers.

The water within your body regulates your temperature, lubricates your joints, and removes waste. It really is difficult to understate the crucial role that water plays in the functioning of your body.

With this in mind, you need to make sure your body is supplied with sufficient water. If you don’t, you will dehydrate, causing a whole host of problems, many of which we indicated earlier in this article.

Following your workout, you should replenish your body with water lost through sweat and give your muscles the best chance of recovering. No other fluid can do this better than water, hence why it’s the post-workout drink of choice for so many high-performing athletes.

Is diet coke bad for you generally?

Although the scientific evidence is not overly comprehensive at this stage, trusted sources are quick to highlight the many negative impacts that diet sodas have on your overall health. These include heart and brain conditions, metabolic issues, and even liver and kidney problems. If you can, you should try and remove or drastically reduce diet sodas from your diet. While a diet soda once in a while won’t kill you, opt for carbonated water instead if you like to enjoy something fizzy.

Surely drinking diet coke is better than regular coke and other sugary sodas?

In some respects, yes, drinking diet coke is better than its sugar-filled alternative. However, as we’ve explained, diet coke is not without its downsides. The human body is remarkably resilient and can tolerate a whole host of drinks and foods in moderation. If you’re determined to enjoy carbonated drinks and don’t want to switch to sparkling water, then it’s probably better to opt for diet coke rather than the full-fat, sugar-filled original.

How much fluid does my body need after a workout?

Healthline tells us that women should take on a minimum of 2.7 liters of water each day, and men should drink 3.7 liters. It’s important to note, however, that many factors influence your hydration needs, so you will need to adjust your intake accordingly. You should consider how active you are, where you live, your diet, as well as any underlying health conditions that you may have.

Be sure to take in up to 1.5 times the amount of fluid that you’ve lost during exercise once you’ve completed your workout. As we’ve advised throughout, the most suitable drink to take on post-workout is water, but you may like to supplement water with other drinks like green tea, chocolate milk, or certain isotonic sports drinks.

Can I drink alcohol after a workout?

Certain alcoholic beverages, such as beer, are known to provide electrolytes that are beneficial post-workout. However, drinking alcohol can impair muscle protein synthesis and hamper your rehydration, so it’s best to avoid it, particularly in large quantities.

Final thoughts - can I drink diet coke and other sugar-free drinks after a workout?

When it comes to post-workout rehydration, water is the best fluid you can drink. It helps your whole body recover and reduces the risk of headaches, injuries, and other unwanted side effects that often accompany dehydration.

Research suggests that drinking diet sodas post-workout doesn’t assist with rehydration and can even interfere with the functionality of your kidneys. As such, it’s better to avoid it altogether in the immediate aftermath of any type of physical exercise.

If you don’t want to rely on water only, consider switching to enhanced water, isotonic sports drinks, or even green tea after you’ve completed your workout.

While research is beginning to reveal many of the negative impacts that diet sodas have on your overall health and wellbeing, others tell you that it’s fine to enjoy a diet coke once in a while. As such, it’s down to you whether you take a diet soda once in a while, but you should definitely avoid drinking them in the immediate aftermath of a workout. 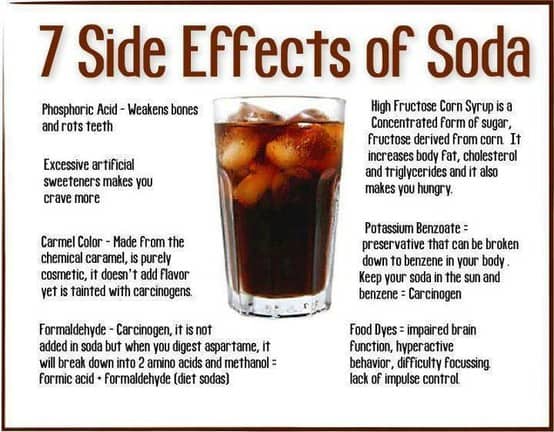 8 Dumbbell Back Exercises: Build A Massive Back

How To Run Faster Within A Month

16 Benefits Of Push-ups In Your Workout Routine

17 Workout Plans For Women After Pregnancy

Dumbbells Vs Barbells: The Pros And Cons Of Both 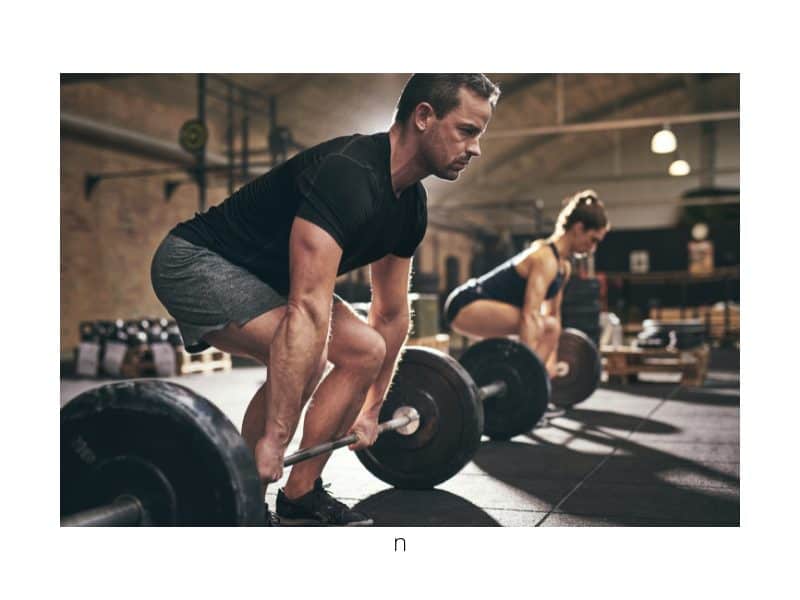 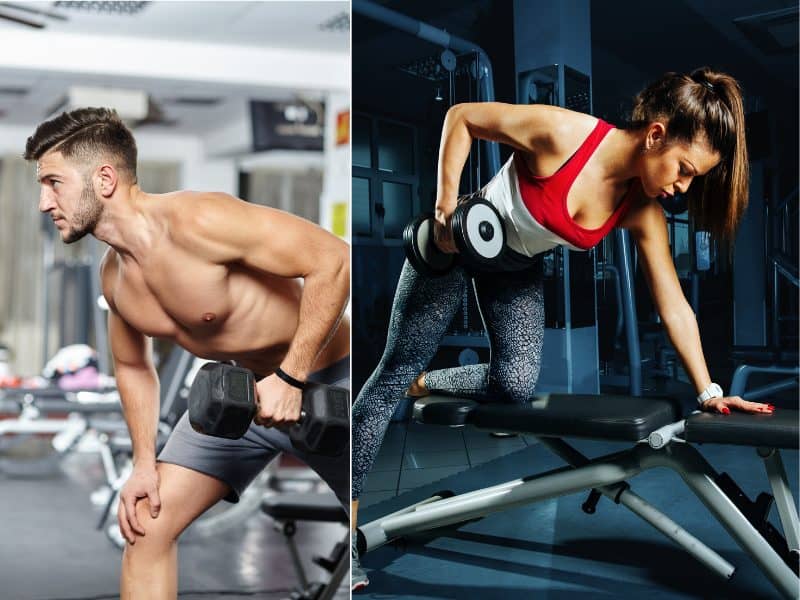 8 Dumbbell Back Exercises: Build A Massive Back 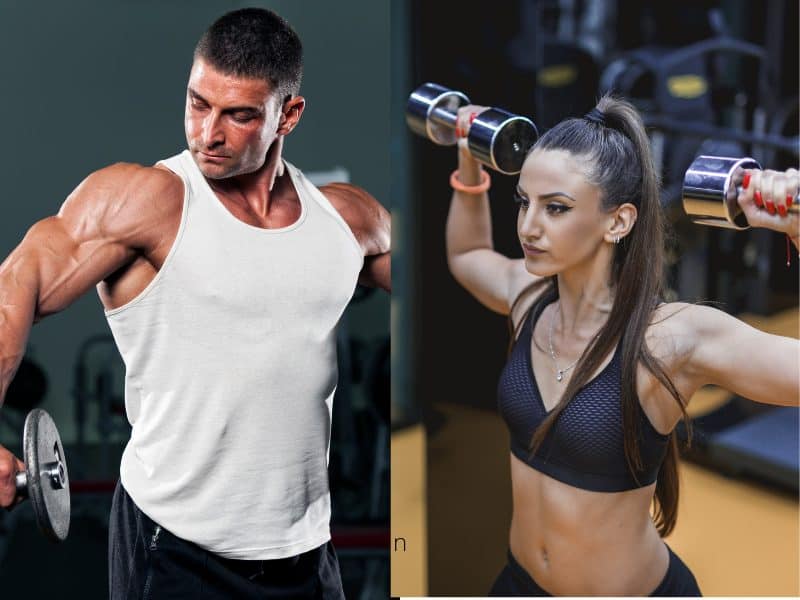 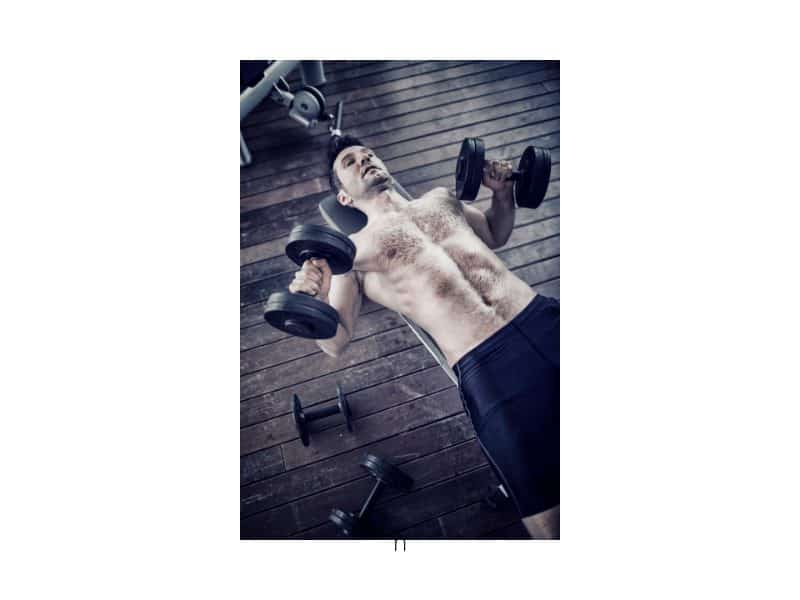 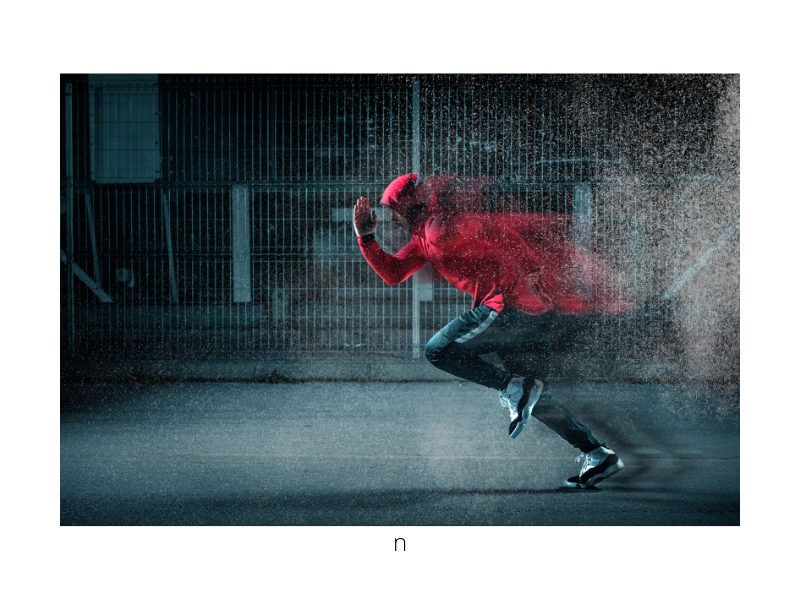 How To Run Faster Within A Month 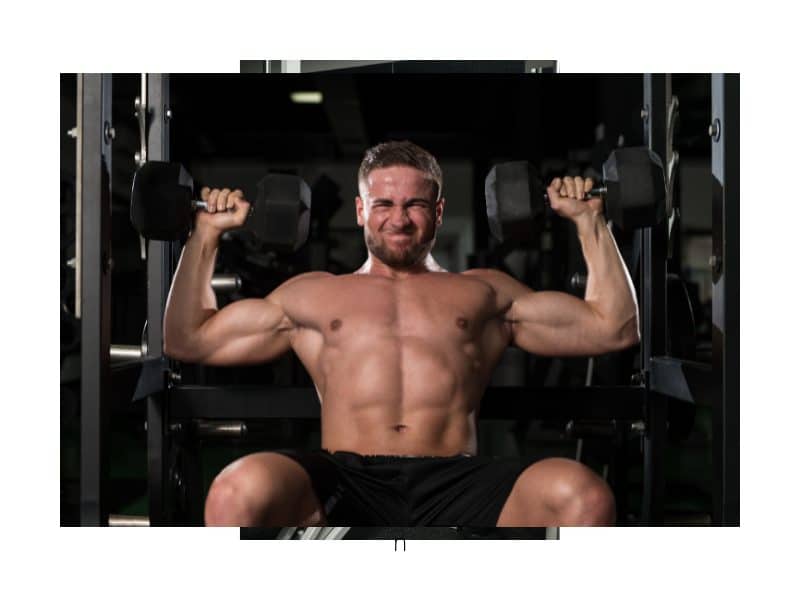 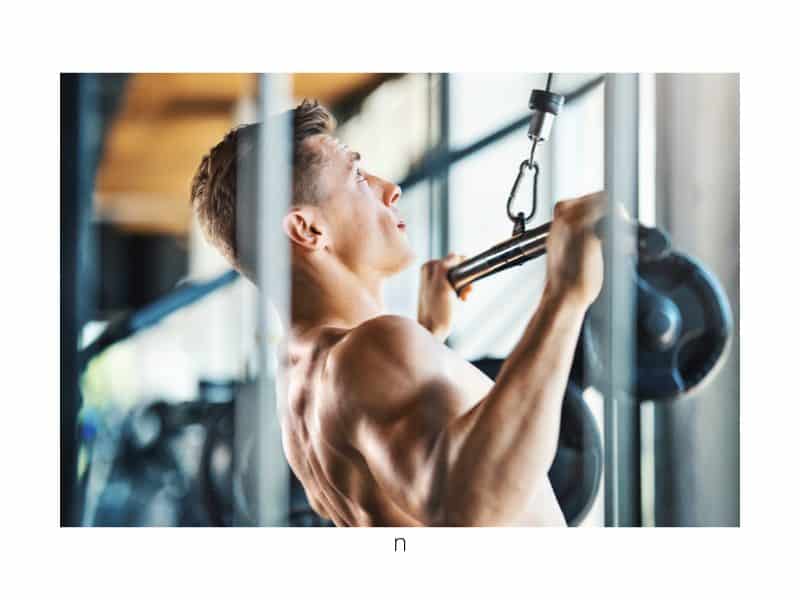 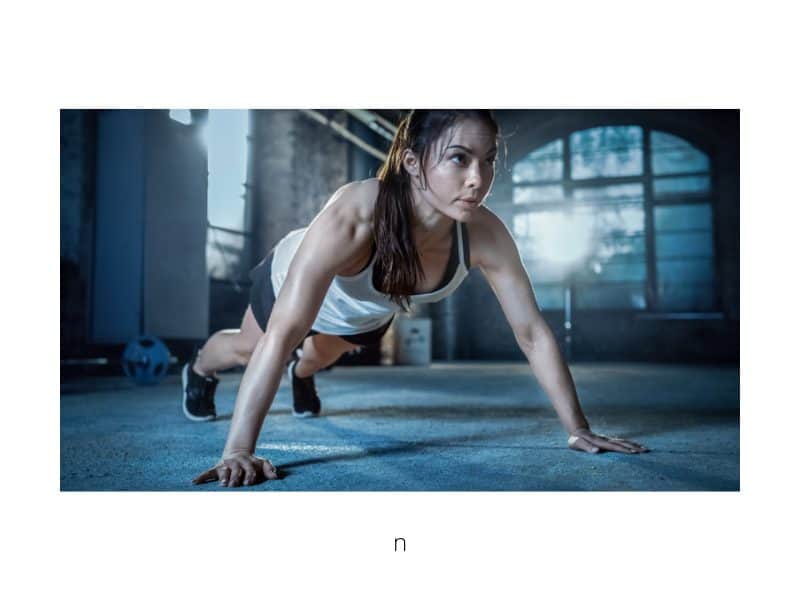 16 Benefits Of Push-ups In Your Workout Routine 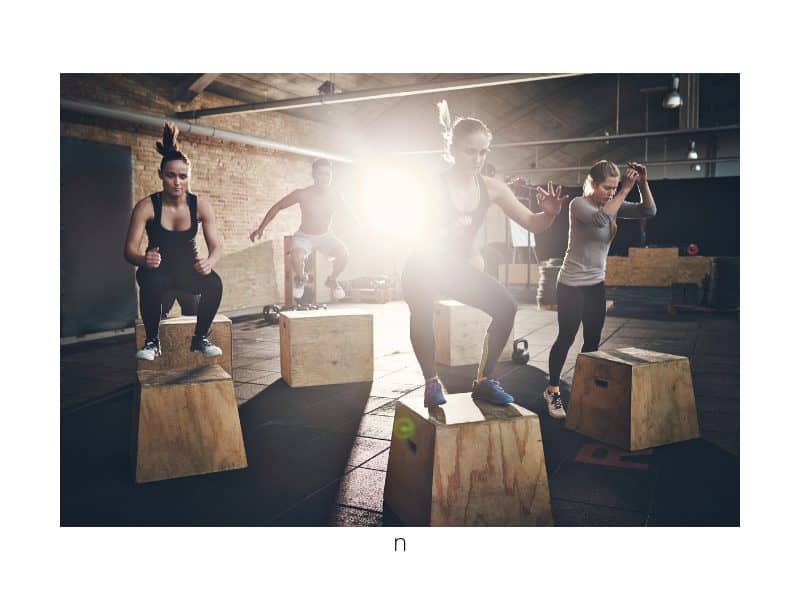